Castles Of The World

Welcome to castlesworldwide.net - the site that specializes in detailed information about castles. 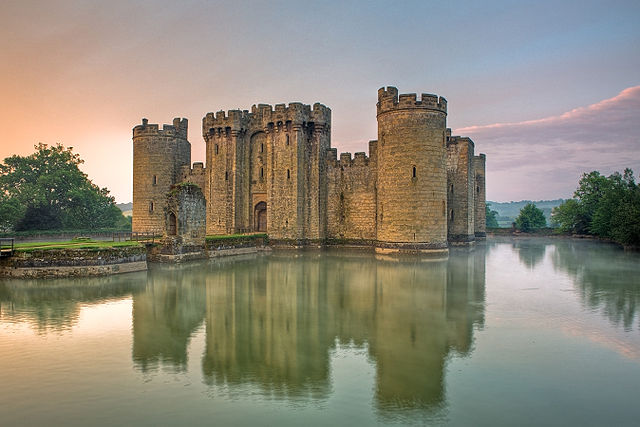 Castles originated and developed for the most part during the Middle Ages and had a dual purpose; a highly fortified building or settlement, and a prestigious dwelling. Typically castles were built by royalty or nobility and made a strong statement of power. They became centres of administration and military bases through the Middle Ages, developing in defensive capability and in size. It was not uncommon for castles to have walls up to 20 feet thick - thick enough that rooms could be constructed entirely within the wall.

However even these castles were not impregnable. In the end, the advent of the age of gunpowder put an end to the age of the castle as a defensive fortification - because large cannons were able to smash through any stone wall, given time and enough cannonballs. Huge cannons known as "bombards" were developed in the late 14th and early 15th centuries, though some Asian imagery from the 12th century is believed to depict them. Cast from bronze, these fired huge stone cannonballs and were specifically engineered to be able to bring down castle walls. There was no superior weapon at the time and little that the occupants could do other than observe as their castle was "slighted" (old term for smashed to pieces) - prior to being beseiged by the opposing army.

Thus the age of the monumental castle of the old days came to an end - however it was not the end of the castle. Imposing fortified dwellings continued to be built however the focus shifted towards high status luxury accomodation. By the time of the 17th and 18th centuries, we saw nobility in Europe move closer to the style of the "chateau" - a somewhat fortified, luxurious home on a similarly imposing scale.

We are creating a "castle directory" with individual pages dedicated to each castle - with brief historical information, location and links to further information. Each "country" page has a sortable database with name, date built, condition, location and notes. Clicking the name of the castle takes you to a dedicated page with detailed information. We have added over 2000 castles, with maps, images, description and facts.

If you have additional castle information or photographs that you would like to donate to this site, we would very much welcome your contribution (as far as permitted by copyright).

If you are an owner or an estate agent representing castles, we would be delighted to add your information to the relevant page and to assist you thereby in promoting your castle.

Come, explore the fascinating world of the castle with us! Thank you for your interest in our ancient, majestic and mysterious heritage. We hope you enjoy your stay.